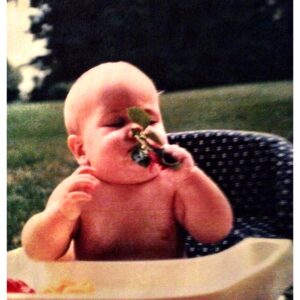 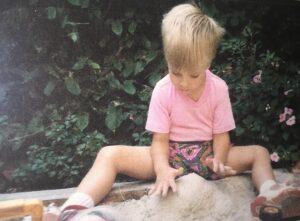 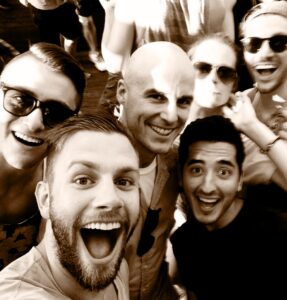 During my first few years as a trainer (between 2011 and 2015), through a combination of privilege and hard work, I had as clients some of the most intriguing and influential gay men in New York City. This was thanks in part to the gym I worked at, and thanks in part to my unique ability to teach each client how to develop impeccable weightlifting form and pace. Simultaneously, I took advantage of a litany of educational seminars, workshops and courses sponsored by the extremely resourceful company for which I worked. On a personal level, these years brought tremendous stress, but also tremendous joy. A primary source of both was my involvement in the recovery community in NYC. If you hear nothing else from me, and never visit this page again, just know one thing:

Just because the miracle hasn’t happened for you yet, doesn’t mean it won’t. So many dreams I had when I was a teenager — of being in a sorority, of being popular, of being desired, of being hazed, of being the epicenter of the party — were realized in my mid/late 20s.

I went through a phase of staying out in Hell’s Kitchen until 2 AM or later, two or three nights/week, with my sober “girl” friends. I competed in three sober drag pageants (Wanda Attatyme). I performed in two sober musicals.

I spent four summers sharing a home with other young men on Fire Island. (Across the summer of 2015, I spent 45 nights on Fire Island.) I was an object of affection and lust by friends and lovers. I got to watch social and romantic drama unfold within and before me, straight out of a high school movie. I was a star.

And even though it was sometimes incredibly painful, I had the searing, unshakeable sense: “I made it! This is what I wanted in middle school, and high school, and college! I HAVE ARRIVED!”

I learned that Dreams do come true. Sometimes we just gotta be really patient.

And most of those circumstances did fade. Some of those friends drifted away from me, and I still don’t have an answer as to why. But, my God, the memories, and the satisfaction, of those times … no one can ever take them away from me. I am incredibly happy and grateful, without feeling a need to recreate those years. I truly got to scratch my itch, and I was Changed for Good.

In late 2016, now working for myself, I became heavily involved with activism.

In June of 2017, I bottomed out on anger, grief, financial insecurity, and self-harm. I made a decision to disconnect from activism, and focus on saving myself. 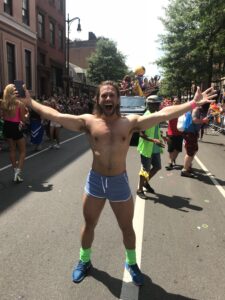 It was during the middle of the Pride March that month that that I saw shirtless photos of myself. I saw unbridled joy on my face. But when I looked down at my torso, I did not feel pride. I felt like a far cry from those jaw dropping, real-life-superhero bodies I’d seen prancing around Fire Island over the past few summers.

A year later, Covid-19 saw me lose much of my personal training business. Because I’d paid my taxes for years, I got the gift of unemployment for 15 months. This allowed me to dedicate 30 hours/week to perfecting a trilogy of novels I began writing in 2014, while also continuing to help my online clients. I finished my 11th draft of the trilogy in the summer of 2021, as I prepared to move to Los Angeles, where I now reside.

My passions — storytelling, the gay community, hot bodies — intersect in my business and books. (The latter is a love story, packaged in a comedy, wrapped in a thriller, about a young man searching for his family in the wake of AIDS. It time travels, ricocheting across the Western Hemisphere. But, no surprise, its home base is Fire Island.) If you know of a good fiction agent, please tell me!

The biggest secret I’m uncovering throughout all of this, is realizing how much of a miracle I am. You are, too. I know it sounds corny. But writing my books forced me to confront just how breathtakingly true it is.

We are survivors. And we deserve all of our love and affection. 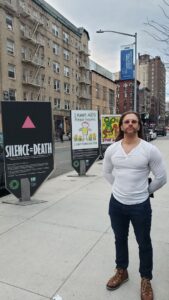 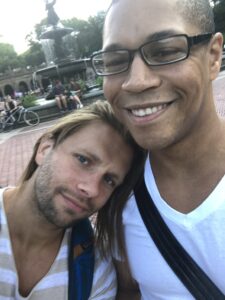